Every now and then computer graphics cards undergo a major structural overhaul that leaves previous generation cards in the dust. This time of change is once again upon the world with the introduction of DirectX 10.

If you plan on upgrading your video card for your computer in the coming year, keep on reading for some tips and thoughts to help you make a good investment with your purchase.

AMD (ATI was bought out by AMD recently) and nVidia are the two main graphic card makers, with Intel the major player in the intergrated graphic scene. Each company releases a new generation of their graphics architecture every several months, adding new features and technologies to their product line, in hopes of becoming more competitive. For the most part, lacking any of these new features won't prevent a person from playing a new upcoming game on their computer, rather it just usually prevents the game from running as fast as one might hope, or sometimes, the game might just look not as pretty. 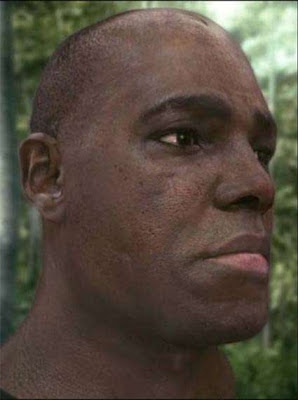 Image from Crysis by Crytek - a directX 10 game.

However, this can't always be the case, and eventually an older video card will meet a game that it won't have the feature requirements for to play, despite it possibly being fast enough to run it. It has happened to me before and I can tell you it's a bitter experience.

Luckily, it's possible to tell when and what features will be added to a new generation of video cards that will eventually become a requirement among new games. That time is now. Microsoft is about to release DirectX 10 with their new version of windows, Windows Vista, and with that the video card companies are preparing their new line up of DirectX 10 compatible video cards. I can go into specifics, but let me just quote a bit from a popular computer hardward site:

There is a lot of information to disseminate when looking at Direct3D 10 and the impact it will have on the future of 3D graphics. I have seen Crysis [a soon to be released computer game] running on DirectX10 hardware, and all I can say is: "I don't think we're in Kansas anymore, Toto." The future of computer games screams "DirectX 10", and if you do not have a DX10 card in your system going forward, you will be missing out.
...
This is one reason why we have not seen major titles hitting the market over the past few months: everyone is waiting for DirectX 10. But you should not wait when the hardware is available. As you can tell from what you have read in this article, and what you have previously heard about DX10, it will represent a massive increase to performance in existing games. It will make you ready for the future... at least until Direct X11 is hatched...

My recommendation is unless you plan on buying an entry to mid-ranged video card this season, I would suggest you wait for a suitable DirectX 10 video card. Otherwise, a Geforce 7600GT or a Radeon 1950 PRO. The only DirectX 10 video cards out currently are the pricey Geforce 8800GTX/GTS.
Posted by Steve at 8:31 PM