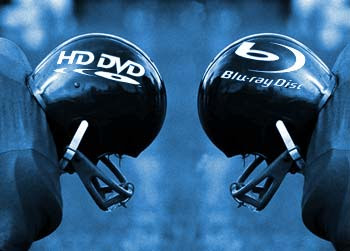 Dell Inc, who has almost a 20% share of the worldwide personal-computer market, has predicted that Blu-ray, one of two HD formats competing to become the next standard to follow the DVD format, is set to win. To confirm the claim, Dell introduced its new laptop with Blu-ray disc optical drive. Considering the newly released PlayStation 3 has Blu-ray capabilities as well, this forecast seems mightly plausible.

Either way, the battle is still far from over. My bet however is on Blu-ray too.